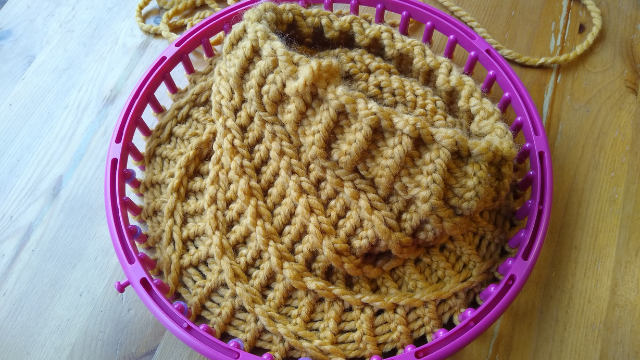 This loom knit hat is made using a 41-peg extra large gauge round loom, and Wool Ease Thick and Quick #6 yarn. It has a short ribbed brim, a spiral-patterned body.

You’ll repeat the same 6-stitch repeat over and over again to create the spiral. Watch the descriptive YouTube video below for help.

Download the accessible pattern for the loom knit spiral hat

Accessibility statement: This loom knitting pattern is accessible for people who have low vision, people who are print challenged, and people who use screen readers. This was tested for screen readers using the read out loud function in Adobe Acrobat. It is accessible because I use all black sans serif font in 24 point size. There is no extra formatting, and I use one inch margins. All directions are fully written out, so the knitter does not need a knitting chart. 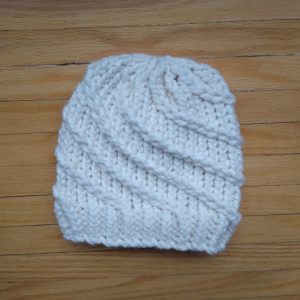 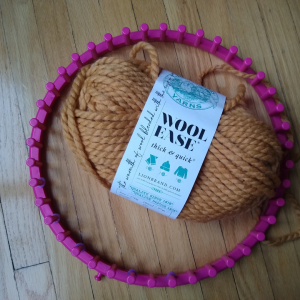 All knit stitches in this pattern are made using the e-wrap knit stitch.

The spiral is created using a “left twist” which means you’ll take two loops and make them switch places. This technique may also be known as “left cross” or “cable 2 front.” 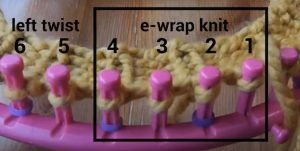 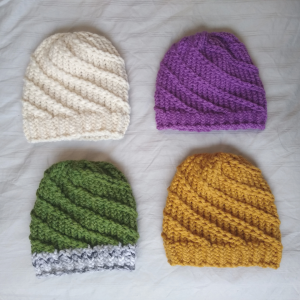 About the white version, green version with grey brim, and yellow version:

About the purple hat: 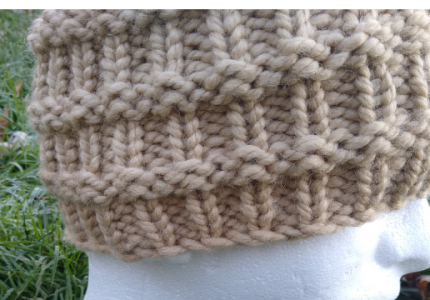 The “Four Purl Ridges Beanie” has ridges that are created by doing purl stitches for two rounds in a row. 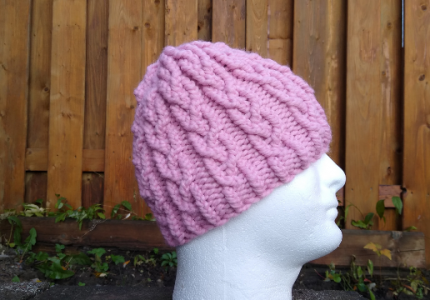 This loom knit braided cable hat was knit on a 48 peg chunky Flexee loom with a 5/8 inch gauge. You can also use a 48 peg 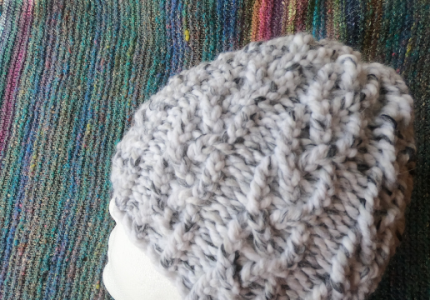 This braided cable hat was made using a 40 peg Martha Stewart loom with a gauge of 3/4 inch. Finished size Height: 9 inches